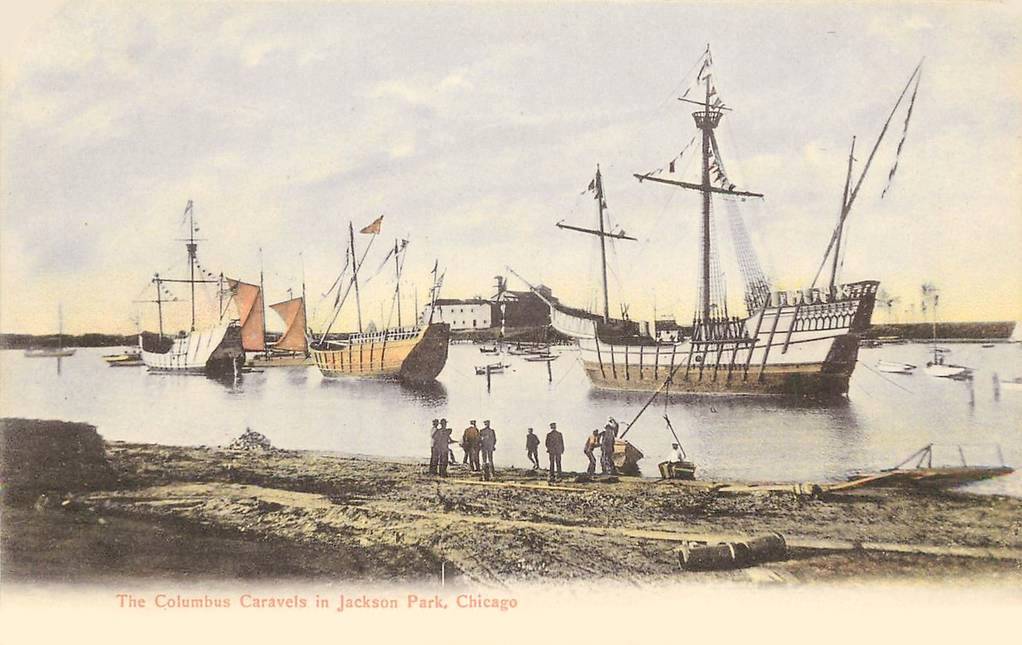 As someone who delights in Chicago’s metropolitan implications, I love this postcard of Columbus’ caravels parked off the city’s South Side. Spain donated the replicas for the 1893 World’s Columbian Exposition. On the final day of the fair, the Nina, Pinta, and Santa Maria made a dizzying Chicago launch and landing, towed by steam tugs. Columbus, crew and accompanying monks came  ashore near the battleship Illinois, where the Commodore planted a cross and sword, taking possession of Chicago for the Queen of Spain. Horticultural Hall was partly depleted for the occasion so that tropical trees and plants could be arranged along the shore. Indians stationed beneath the pillars of Music Hall were directed to peer cautiously at the strange visitors, with good reason.

Copyright Your Business LLC. 2022 - All Rights Reserved
Back To Top